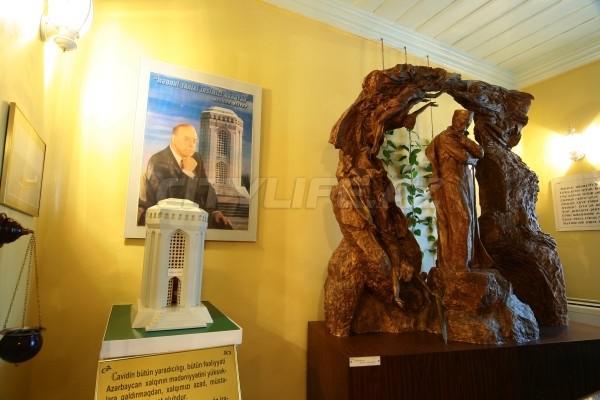 The house-museum of the famous poet - philosopher, playwright Huseyn Javid was opened on November 25 in 1981. Working as a teacher in the seminary since 1920 H.Javid lived on the 3 floor of the seminarys building till June 4, 1937, that is to say, tills his arrest.
The common area of the museum is 245 sq.m. Exposition occupies 130 sq.m., funds - 12 sq.m. A fund of the museum has got 4250 exhibits. The house-museum consists of 4 rooms and a foyer.
The foyer begins with the description of the planet named after Huseyn Javid. The model of the monument to Javid by people’s artist, sculptor O.Eldarov in