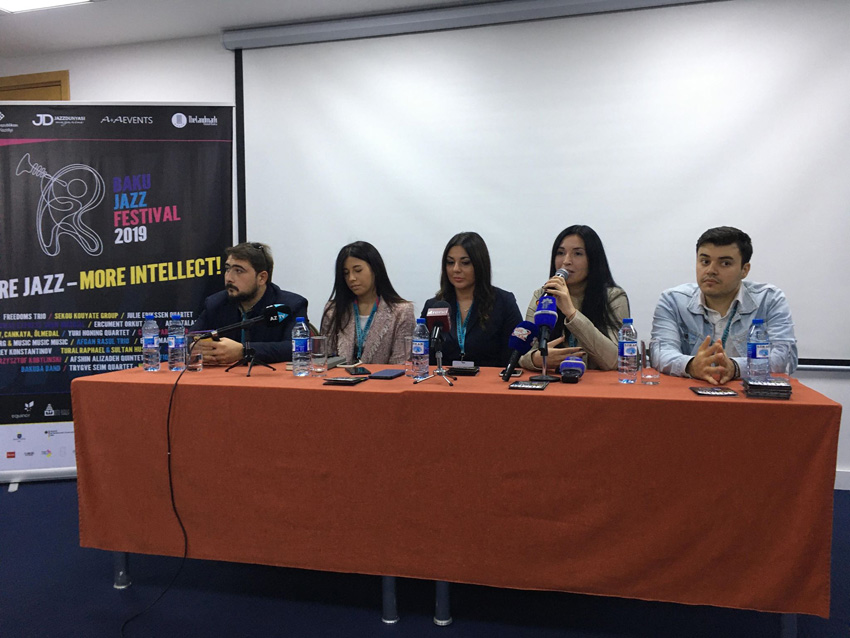 The director of the festival, Leyla Efendiyeva, curator of the international competition for young performers "I'm Jazzman" Elnara Hasanli, pianist Elbei Mammadzadeh, representatives of the administration of the Historical and Architectural Reserve "Icherisheher" and representatives of the group of companies "A + A" providing technical side took part in the press conference festival.

The traditional autumn Baku Jazz Festival will begin on October 18. The press conference addressed issues of an open concert at the Maiden Tower, the festival’s beginning, the international contest of young performers "I’m Jazzman" and film part program of the jazz festival. The international competition of young performers "I’m Jazzman" took the special attention, especially  that fact which this year has more foreign participants than local ones.

Musicians who will perform at the opening concert spoke about the features of their music program at the press conference. The festival organizers announced a surprise for the audience of this concert - the installation projection on the Maiden Tower, which will surprise the participants and spectators of the festival.